“The Objectivity and Interactivity in New Media Pedagogy” – Liang Yue 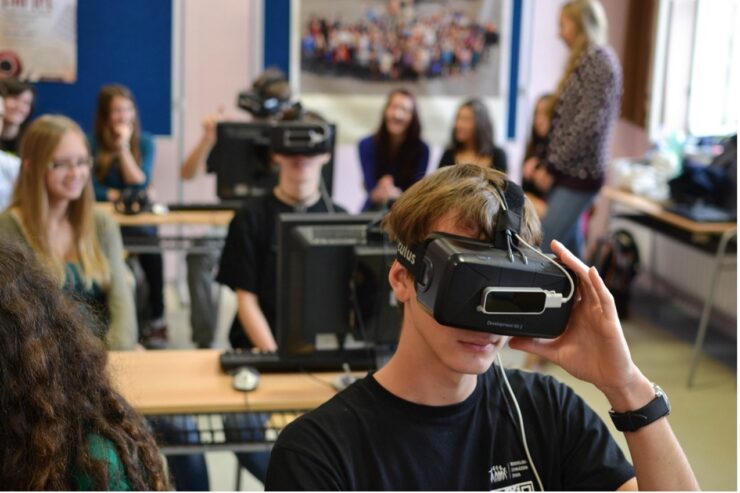 Whenever a new communicative technology is invented, researchers and businesses are arguing its value in didactics. This is not only because media have long been playing an educational role in the history of civilization, but also because new media’s affordances are in line with the enthusiasm of the educational revolution in terms of further objectivity and interactivity. Just as Jennifer Eisenhauer points out, the “changes in what technologies mean is not simply a result of machines themselves changing, but rather that such meanings are discursively constituted within the interrelationship of technological development and dominant discourses of knowledge, vision, and subjectivity.” (Eisenhauer 2016, 199). Therefore, with the social discourse of education becoming more liberal and tolerant, new technologies have been implemented in pedagogical experiments to satisfy these needs, from the projection technologies, such as the early “magic lantern” and film, to screen presentation, for example, television and touch screen, and even to today’s immersive technologies, such as virtual reality (VR) and hologram.

In light of the seminar – “Knowledge Transmission with the Lantern”, the interactivity and objectivity afforded by new media are achieved through the reappropriation of the roles in the classroom and the ‘micro-view observation’ brought by new media. First, in line with Professor Frank Kessler’s theoretical framework, the performance context would assign a role to the spectators. The students in a traditional classroom context that are required to listen and memorize the teacher’s interpretation are now reassigned as participants. They can viscerally observe or interact with the objects and generate their own interpretation rather than passively absorb the teacher’s opinions. The role of participants facilitates students to digest the knowledge personally and even transform them into the co-producer of knowledge. Coupling the deep engagement with the “original” object, the affection brought by vision and audio also strengthens the understanding of the context, further positively influence the knowledge memory. This efficiency of how new media accelerate memory retention has been proved in several Dutch and U.S. educational experiments. Second, the micro or deviant views of the world, which are afforded by new media, also are regarded as the “scientific optics”. The new means of presentation or experience-generation are always put into use in the field of technology, thus representing the advanced and objective approaches in transmitting knowledge.

However, by examining those experiments, lecturers also provided ideas to question those results. As professor Nico de Klerk stated, it could be problematic that memory retention was the only parameter in measuring the facilitation of new media pedagogy. The deficiency in test material (lack of educational video), uncooperative students, or the limitations and errors in the experiment may also lead to differentiated results. Therefore, although new media implementation in the classroom indeed liberates students from the teacher-centered classroom and makes them actively interact with knowledge, we should keep a critical view on the progressive effects of new media pedagogies.