I had a very rewarding, enjoyable and inspiring time interning for TiM’s Performing Robots project managed by Professor Maaike Bleeker. As a Research Assistant, I was assigned the primary task of organizing and collecting additional research for the project’s ongoing research archive. Where I divided research and included my own findings into sub-themes and topics, such as ‘Robotics and Puppetry Theory’ etc. During this process, I was given the freedom to formulate my own research report titled ‘Robotics, Reenactment and Collective Memory’. 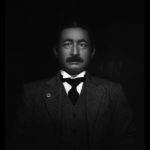 Inspired by Belgian photographer Wanda Tuerlinckx’s photograph of the Japanese Natsume Sōseki Android (replicating and performing lectures as the original Japanese Poet Natsume Sōseki (1867-1916)), I chose to investigate how the reincarnation of deceased individuals into anthropomorphic robots could affect or revolutionize the way we perform theatrical reenactment, engage with collective memory and present digital archives. Stemming from texts by Rebecca Schneider and Marita Sturken, I centered my research around their concepts of ‘Living History’ and ‘Memory Tourism’. I wanted to openly analyze how robotics formed a dialogue between past and future, ritual and death. Not only did the research evolve beyond anthropomorphism and its performativity. It also  realised how the Natsume Sōseki Android, the Aketh Innovation Robotics Lab’s Lego robot reenactments, the Phillip K. Dick Android, the machine only dance performance The Tiller Girls (2010) by Louis Phillippe Demers and the presence of Japanese robot-dog funerals, identified how reenactment practices could be technologized. The report also concludes by imagining a future where robotics could become performative archival sites for educational or memorial purposes. Specifically how the memory of an event, site or person could be collected by an intelligent robot, who has the ability to adapt and absorb the public’s interpretations or memories through conversation or adopting human choreography; thus, beginning a never-ending cycle of collecting experience and storing this digitally, giving the public a different form of engaging with a historical site or the remembrance of an individual.

TiM also provided me with the exciting opportunity to realize my own event proposal which became the Imagining Autism Brainstorm Event. At this event, Imagining Autism (Nicola Shaughnessy and Melissa Trimingham, Kent University) presented their research to a host of professionals from the HKU, De Nieuwe Utrechtse School, Platform Scenography and Utrecht University. They demonstrated how immersive theatre, sensorial play, and puppetry improves the communication, imagination and social skills of children with autism. The event aimed to discuss the possibility of developing a similar project in The Netherlands and resulted in a successful discussion that identified much-needed development concerning new tools for diagnosing autism earlier. This was also supplemented by my event report, which summarised all topics discussed.

This internship resulted in me successfully graduating with Cum Laude from my MA in Contemporary Theatre, Dance and Dramaturgy, and has encouraged me to continue researching as a freelancer. I hope to continue researching into robotics, memorial and reenactment by looking into the work of artist Mat Collishaw and his Animatronic head of Queen Elizabeth I titled ‘The Mask of Youth’ (2018). Overall, TiM’s platform enabled me to experiment with different research methodologies and significantly improved my confidence in regard to brainstorming my ideas with professionals in the field. Not only have they redefined my perspective on interdisciplinary robotics and theatre, but also provided a nurturing space where my skills and development as an aspiring researcher felt truly valued.