In the Acting Like a Robot research project we investigate how theatre may contribute to new approaches to the design of robot behavior and the interaction between humans and robots. The big challenge for such design lies in what Lucie Suchman describes as the “deep asymmetries between humans and machines as interactional partners” (2007: 11). Obscuring these asymmetries through humanlike features or behaviors is one way of approaching this challenge. However, such approach does not resolve the differences and, as Suchman also observes, people inevitably rediscover those differences in practice. Furthermore, making robots act like humans means running the risk that humans mistake robots for being humanlike (which they are not) as well as the risk of repeating persistent racial, ethnic gendered, as well as other human stereotypes. The Acting Like a Robot project looks at how theatre may inform different ways of understanding what it may mean to act like a robot, i.e. to act in ways that acknowledge their difference from humans, and their specificity as material and technological agents. In our presentation we will share some of our inspirations, practices, and insights, and show the potential of theatre to intervene in dominant robotic imaginaries. 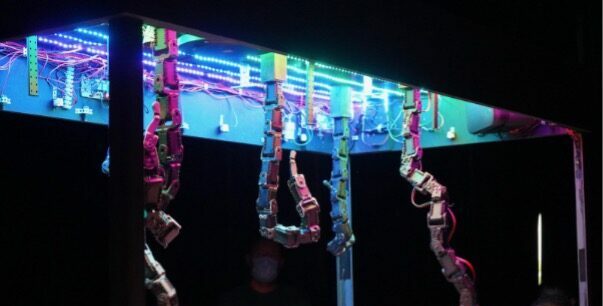 This seminar session will be followed by the performance Performing Robots – Double Bill that is created by two of our speakers, Ulrike Quade and Ugo Dehaes. This special performance consists of two parts: Simple Machines by Ugo Dehaes, and NAO: Re-wired by Ulrike Quade Company.

Simple Machines is a lecture/performance around a large table in which Ugo Dehaes explains how he grows and raises his robots in his basement and how he trains them to become dancers. This piece is an attempt to make humans completely redundant in the creation process. Welcome to the future. After the performance, the audience is invited to teach the robots new movements themselves in the Arena installation, the first part of the Forced Labor cycle, which travels along as a set for Simple Machines.

With NAO: Re-wired , Ulrike Quade Company investigates how theater and robotics can mutually inform and inspire each other. This is an ongoing research project on the intersection of robotics and puppetry. By deconstructing a broken NAO robot and bringing it back to life using numerous individual electrical wires, the project explores the boundaries between programming and puppetry, as well as collective thinking, expression and finding a nonverbal common ground through the robot. The work will be presented as an ongoing installation as well as performances inviting the public to collaborate with puppeteers as well as the NAO itself.

See here for more details about the performance. Discounts are available for participants of the seminar. The discount code will be distributed upon registration. 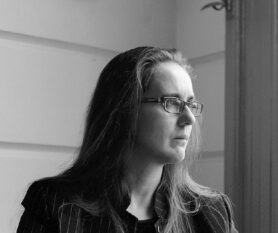 Maaike Bleeker is a theatre studies professor, dramaturg, and the project leader of Acting Like a Robot. Her work combines approaches from the arts and performance studies with insights from philosophy, media theory and cognitive science. Much of her research focuses on processes of embodied and technologically mediated perception and transmission, with a special interest in the relationship between technology, movement and embodied perception and cognition. Current research subjects include social robotics, spectacular astronomy and the intersection of performance studies and space studies, posthuman performativity, corporeal literacy, digital archiving of artistic work, and artistic creation processes. 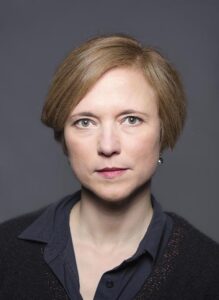 Ulrike Quade is a visual theatre maker based in the Netherlands, and artistic director of Ulrike Quade Company. With her extraordinary technique and acting, she brings her characters to life. The figures, with their lively features and smooth movements are sculptured creations of Ulrike Quade herself. The performances of Ulrike Quade are a combination of sculpture and dance, mime and performance, language and music. Ulrike Quade was inspired to this theatrical form in Japan, by Hoichi Okamoto and his quirky solo puppet theater and butoh dance. Since then she has traveled around the world with her performances. 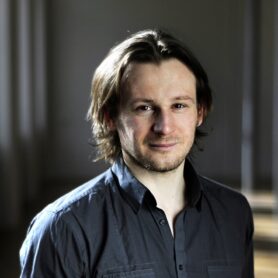 Ugo Dehaes started dancing when he was 18. After his dance training in P.A.R.T.S., he started working as a dancer for Meg Stuart/Damaged Goods. In 2000 he founded the non-profit organization kwaad bloed together with Charlotte Vanden Eynde. From 2018, Ugo’s focus shifted and he became a choreographer of things. He made the moving sculpture Stalactite (2018) for Tweetakt Festival (NL), Forced Labor: Arena (2020), an installation with 8 interactive robots, Simple Machines (2021), a lecture performance with small robots, Runner (2020), a self-learning robot, and Pickled Punks (2021), a series of robots on spirits. 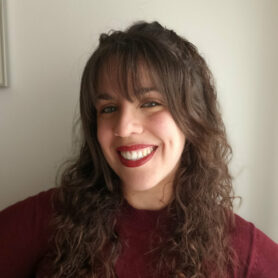 Irene Alcubilla Troughton is a PhD candidate at Utrecht University within the Acting Like a Robot Project, where she researches what theatre, performance and dance have to offer to the development of human-robot interaction and the design of robot behaviour. She holds two RMA degrees in Media, Art and Performance (UU), and Theory and Critique of Culture (Carlos III University). Other interests of her lay on embodied cognition, posthumanism, phenomenology, critical disability studies and queer studies. 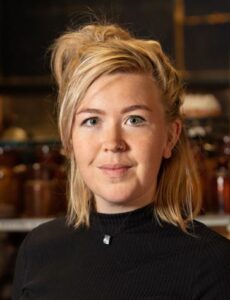 Marijke Hessels is a dramaturge with a love for technology, artistic research and interdisciplinary collaborations, accompanied by a healthy dose of criticism for technology. As tech dramaturg at Ulrike Quade Company, she directs research and development within the Company and works on various research on (puppet) theater and advanced technology such as robotics. She also organizes and moderates Future Stages, expert meetings for makers and stakeholders at the intersection of performing arts and digital technology. Before joining Ulrike Quade Company, she worked at SETUP (Utrecht platform for a technology-critical society) as director of artistic research projects and created performances for Boslab, Fringe Amsterdam, and many others. 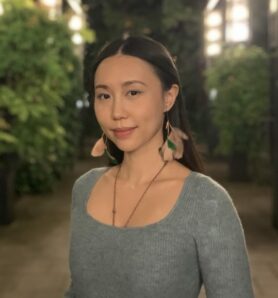 Ruowen Xu earned the MA from the University of Amsterdam with a background in Comparative Literature, Cultural Studies and Japanese Theatre. She continued to conduct the Ph.D. research at the Institute of Culture Inquiries on robotic art and android theatre.

You can register by sending an email to tim@uu.nl, or online via Eventbrite.

This seminar is part of the Transmission in Motion seminar (2022-2023): “Imaginary-Imagination.”