“On Game Controllers, and the Magic Circle as an Atmosphere” – Dennis Jansen

When we engage with/in games, there emerges a certain atmosphere around us: a bounded area in which gameplay occurs, a space of ludic ritual wherein the fiction of the game is the dominant framework for meaning-making, a “magic circle” (Salen and Zimmerman 2003, 95). Specifically for digital games, this metaphoric space is constituted by the interaction between human and non-human entities: the player and their social environment on the human side; the game system and screen display on the non-human side. The fundamental connection between these two sides, which allows the human to engage with the non-human (and vice versa!) in the first place, is the controller, “the point of input—the intersection—between [players] and a game” (Murphy 2014, 19). One might say that the controller, rather than the player’s state of mind or the game’s ruleset, is the most crucial element in creating and perpetuating the magic circle; it is the enabler of play and playfulness.

If the magic circle arises from the intertwinement of player and game, of human and non-human, the controller is the object which embodies their cyborg relationship most immediately. Unlike Derek McCormack’s “atmospheric things”, controllers are not “shaped forms irreducible to objects that are ‘immersed in a turbulent cloud of solicitations that we’d have to call meteorological’” (2014, 607); it would be silly to identify the magic circle as a meteorological phenomenon, although I stand by my earlier characterization of the magic circle as an atmosphere.

That said, controllers most certainly provoke “the sense of the shape of forces as they make a felt difference across and within bodies, both human and non-human” (ibid.). That is, both human and non-human forces (inter)act upon and through the controller, it channels affect to-and-fro. It interprets and translates the player’s bodily movements to in-game actions. It is that which the game uses to communicate with the player, either through instructions which refer directly to buttons on the controller or through the ‘rumble’ function that causes the controller to vibrate in an embodied response to certain in-game events. 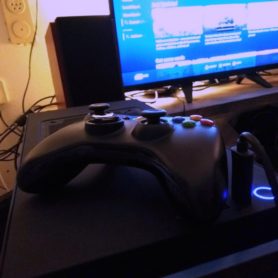 Figure 1: A controller in its natural habitat.

Through these various affective and communicative forces, the controller in/at play makes visible, tangible, even audible, a variety of things that can tell us more about the atmospheric properties of the magic circle. To the experienced player, the controller is practically invisible, their hands merging with the plastic and deftly moving across its surface; the still-learning ‘newbie’ is constantly looking at the buttons and fumbling to position their fingers properly. The sound of a single button being pressed harshly and rapidly signals intensity or frustration; as does the sight of a controller flung angrily across the room. A malfunctioning controller distorts or even breaks the magic circle: the game responds strangely (or not at all) to the player’s bodily outputs, or the controller takes a life of its own and suddenly the in-game camera is spinning round without the player’s hands on the joystick—a playful ghost in a broken shell.