On Monday 6 December, the members of the Dramaturgical Practices Course (theatre module) had the honor to meet the multisensory storyteller Grace Boyle. Boyle is the founder of ‘Feelies’, a London-based studio that creates multisensory XR content. With this project, she aims to debunk the Western belief that humans have only five senses, and attempts to convince her audience that we have at least 33. In 2017, Boyle created Munduruku in collaboration with Greenpeace and AlchemyVR, in which she included scents, heat, wind, and infrasonics. This project knew a great success.

Apart from the thesis that we have more than – and supposedly 33 – five senses, Boyle stressed that all of our senses harbor cognition, which is not a privilege of the brain. As she contends, senses can also give you information and, ultimately, data for a storytelling project: “When we interviewed people who have been in the Amazone forest for our project Munduruku, we asked them how they felt when they were there. They were hesitant at first, but after a while, they realized it too: our sensory experiences entail important information as well.” The fact that this is so new to us, stems from two Western biases we hold: first, the fact that vision is the most important sense, and auditory senses thereafter. Second, the view that our body and mind are split up; that they belong to a dichotomy in which the mind exists somewhere else than the body. Grace made already very clear that this division is not that clear cut, and, that if we breach this split, we might have innovative, enriching theatre experiences as a result. Although I really appreciate the topicality of this modern, post-dramatic and technological take on it, I do believe that our modernist storytellers – artists such as Virginia Woolf, James Joyce, Samuel Beckett, etc. – already attempted to probe the intertwinedness of body and mind in the 20th century. 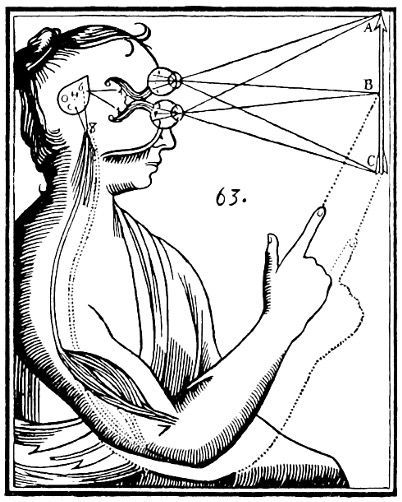 The body-mind division is also called ‘Cartesian dualism’, as it stems from René Descartes’ theory that the physical body is completely separated from the immaterial, transcendent mind. In literary studies, it has long been commonplace that it is the mind that was in the interest of modernist authors: their invention of the ‘stream of consciousness’ or the ‘interior monologue’ does hint at that. In this way, modernist writers have long been academically considered as probers of the transcendent mind that is fairly unreachable in our physical existence. However, as literary scholar David Herman observes in “1880-1945: Re-minding Modernism”, that is not actually the case. Herman advances the theory that modernists are not exactly interested in probing the minds of their characters separated from the outer world, but rather in “foregrounding … the inextricable interconnection between ‘inner’ and ‘outer’ domains” (2011, 253). In his view, modernist fiction blurs the line between the mental and the material, as modernist characters’ minds are informed by their surroundings, evincing a “tight coupling between mind and world, [a] nexus between intelligent agents and the environments they seek to navigate” (2011, 254).

His innovative narrative theory enables us to revisit modernist authors as multisensory storytellers avant la lettre. Take James Joyce and his seminal modernist novel Ulysses, for instance. Leopold Bloom’s mind is quite literally extended to the material world, and his physical experiences inform his cognition all the time:

He watched the bristles shining wirily in the weak light as she tipped three times and licked lightly. Wonder is it true if you clip them they can’t mouse after. Why? They shine in the dark, perhaps, the tips. Or kind of feelers in the dark, perhaps. … She lapped slower, then licking the saucer clean. Why are their tongues so rough?
To lap better, all porous holes.” (U.4.39-48)

Which classics can you revisit as multisensory storytellers avant la lettre?