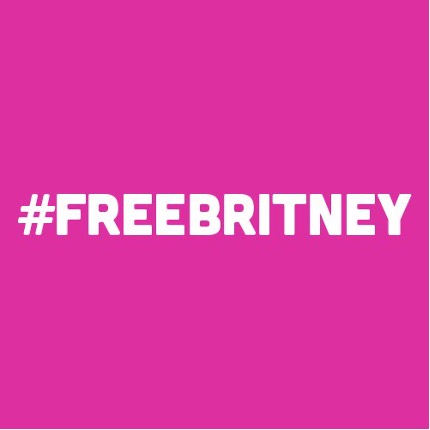 After the last Transmission in Motion seminar, I felt inspired in thinking about the ways in which a digital community can offer back to the people that have been wronged, have had their rights violated, misunderstood, and eventually hurt by the media and the way they are portrayed. In a completely different case, the life of Britney Spears has been under a microscope for over twenty years now and recently a collective endeavor has been started in order to help her escape the failings of an unjust court system. As a person that has had seen her life destroyed to a large degree by the media, can a collective effort made through the use of different new media outlets help her?

Britney Spears has been under the legal guardianship of her father, also known as a conservatorship, since 2008 when a large number of events concerned the world of her wellbeing and the wellbeing of her children (Megan McCluskey 2021). However having her legal guardianship, her father is now in control of every single aspect of her life including financial matters and control over the use of her social media.

In January 2019, Britney Spears abruptly canceled her scheduled concerts as part of a Las Vegas residency, and a small number of devoted fans started worrying once again about her wellbeing and realized that she has been in fact trapped under the control of her father and a lawyer (Megan McCluskey 2021). This launched a number of online protests under the hashtag #FreeBritney, as more and more fans realized the unfortunate situation in which Spears has been trapped in. The #FreeBritney movement has been active since 2009, but it was after 2019 that a lot more people started being aware of the situation (Megan McCluskey 2021). The reason I related this instance to the effort made by Jon Mackenzie’s StudioLab and the #HerWholeTruth campaign, is because it followed a similar path: a small group of people realizing the need to provoke immediate action through creative and decisive use of media platforms in order to provoke change.

Similar to the #HerWholetruth movement, the #FreeBritney Instagram account has also a distinct color in their posts, in this case, pink, and their efforts have moved to all kinds of media in order to achieve the desired result of “freeing” Britney from her conservatorship. There is now a podcast dedicated to discussing the conservatorship of Britney Spears that is also organizing a virtual rally where people can protest, virtually (Megan McCluskey 2021). Additionally, a number of video documentaries have been aired recently, on YouTube and premium streaming services, that aim to educate people on the hardships that Spears has been going through for the last decade and urge more people to participate in the #FreeBritney movement and take action. Along with a lot of celebrities that have expressed their concern on the situation that Spears is in now and support the movement, “the American Civil Liberties Union, which publicly announced its support for Spears’ autonomy in August” (ACLU 2020). This endeavor highlights the power of a digital community that strives for the preservation of human rights in a new form of activism that combines a variety of media in aiming to correctly represent the voice of people that are muted.