Sebastian Kann’s project for Transmission in Motion revolves around the notion of the embodied researcher. What does it mean to understand research as an embodied practice?

To begin to answer this question, Kann spent three months in Berlin at SMASH, an independent experimental dance intensive. The (pedagogical, performative, and theoretical) practices proposed by the artists teaching in this program will serve as the basis of his reflections. The dance workshop, as perhaps the paradigmatic site for the production and transmission of embodied knowledge, makes emphatically visible the ways in which the subject, object, and tools of research neither rest nor touch upon neutral ‘truths’ but rather participate in situated, non-innocent somato-techno-political assemblages. 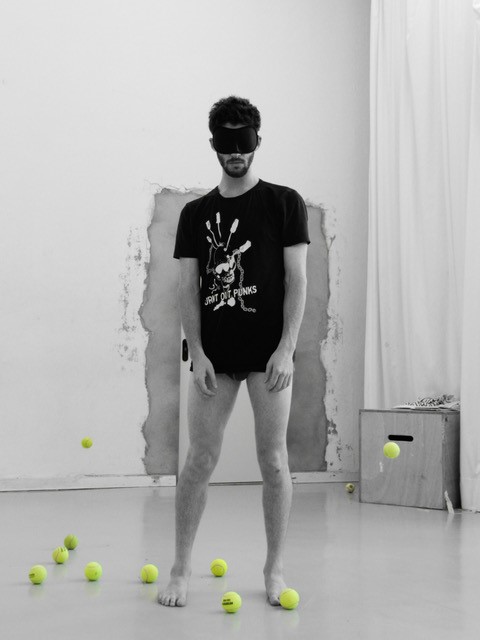 But what to do with this insight, and what implications does it have for the university, which has spent so long ignoring the affective, intuitive, and kinesthetic bodies of its scientists?

In his research, Kann will investigate the intersections of thinking, feeling, writing, sensing, sociality, pedagogy, and power which animate the practices proposed at SMASH. In so doing, his intention is to deepen our understanding of the complexities at play when, taking embodiment of the researcher into account, we begin to destabilise traditional economies of knowledge.